The Winter of my Discontent: A Perspective


It's so hard to believe that that winter was nearly ten years ago.  Remember that one?  The one when an especially uncharitable winter pulled out all the stops along its dizzying Polar Vortex?

The one when everyday became a best-intentions-hot-cocoa-gone-lawless snow day?

In the way you both painfully recall and still forget about un-anesthetized back labor, here are a few highlights of the winter of 2014:

Remember the steady stream of salty snow-slicked boots traipsing across the freshly mopped hard wood floors?  I think you even taped a sign to the door after the fifteen thousandth reminder to remove all wet footwear upon entering.

You actually saw the pandemonium bubble as the lidded, unharnessed boy energy broke beyond the slow-simmer point.

You couldn't blame them, as every snow day morning culminated into "Ma-I've-seen-this-episode-of Jessie-eight-hundred-times-now!"  Even you hated that damn Gila Monster Mrs. Kipling.

It was certainly the let-us-eat-our-collective-weight-in-Goldfish-and-Gogurt-and-then-leave-a-sticky-crumb-trail-everywhere-just-because winter.  Aptly followed by I'm-going-to-throw-up-ten-pounds-of-Goldfish-because-I-caught-the-stomach-bug-at-school-the-one-day-it-was-open winter.

Memory still fuzzy?  How about the let's-recreate-the-2014-Sochi-Winter-Olympics-and-organize-an-indoor-luge-competition-down-the-basement-stairs-winter?  All while you were trying to Gorilla Glue Legos to a Dollar Store poster board for the 100th Day of School Project, even though they were only in school for maybe 75. Tops.

You laugh now, but remember when your youngest decided to microwave a bottle of Blue Lizard sunscreen that winter?  All while you were in the shower?  Oh, the smell of charred plastic and titanium dioxide.  "All in the name of science," he argued.  Nice. 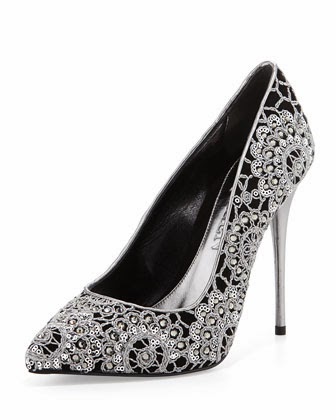 Yes, they were almost 14, 9 and 6 that winter.  The orchestration of their discordant interests was like weaving three bristly strands of angst, wonder and mischief. February proved to be especially unforgiving as it was simply an everlasting interruption of unchecked--hell, even unwritten--"to-do" lists and a stream-of-consciousness pervaded by that Pit Bull and Ke$ha song, "Timber" and a punishing replay of Lionel Richie's hits.  You remember finally having a quiet moment at the CVS Minute Clinic for the fiftieth negative strep culture, only to have the nurse practitioner hum "All Night Long" while taking your son's vitals.

Feel good, feel good!
Maybe it is a sign, you thought.
Sadly, it wasn't.

That winter you felt the vibrations of your own shortcomings like never before.  All that hunkering down forced the amplification of the echoes of your own futility, your own private vortex of repeat. lecture. repeat. hope. pray. repeat.

The louder you nagged, the less you were heard.

Visuals of crushed popcorn and piddled toilet seats and the 20 pairs of lost ski gloves and basketball in the living room only dished out painful confirmations of your own failings, which were further compounded with the expertly hurled insults and sibling rivalry brawls.  And luge. Luge. Luge.

Some days, it seemed that nothing ever constructive materialized under that buckling roof, as both rock salt and patience both became in short supply.

That winter had a masterful way of both suspending--and bulldozing--any reasonable thoughts.

You found yourself lingering in that windowless corridor that exists between the questions of whether you do enough for your children or whether you do too much.

But here you are--the images of your once cherry-nosed boys in overheated snow-pants and fraying NFL hats now tucked securely in the folds of your heart and the outdated iPhoto software that you swear you'll get around to printing at some point.  They are men now, skiing in Vail instead of the local Campgaw Mountain and driving through their own salted roads while excavating their own pathways from the new storms.  The new winter.

Vanishing is only a matter of time.

Yet, somehow--the minute it disappeared you were surprised at how much you missed the color of chaos, the texture of their childhood, the warmth of motherhood that lived in those moments.

Moments that were some of the best of your life.